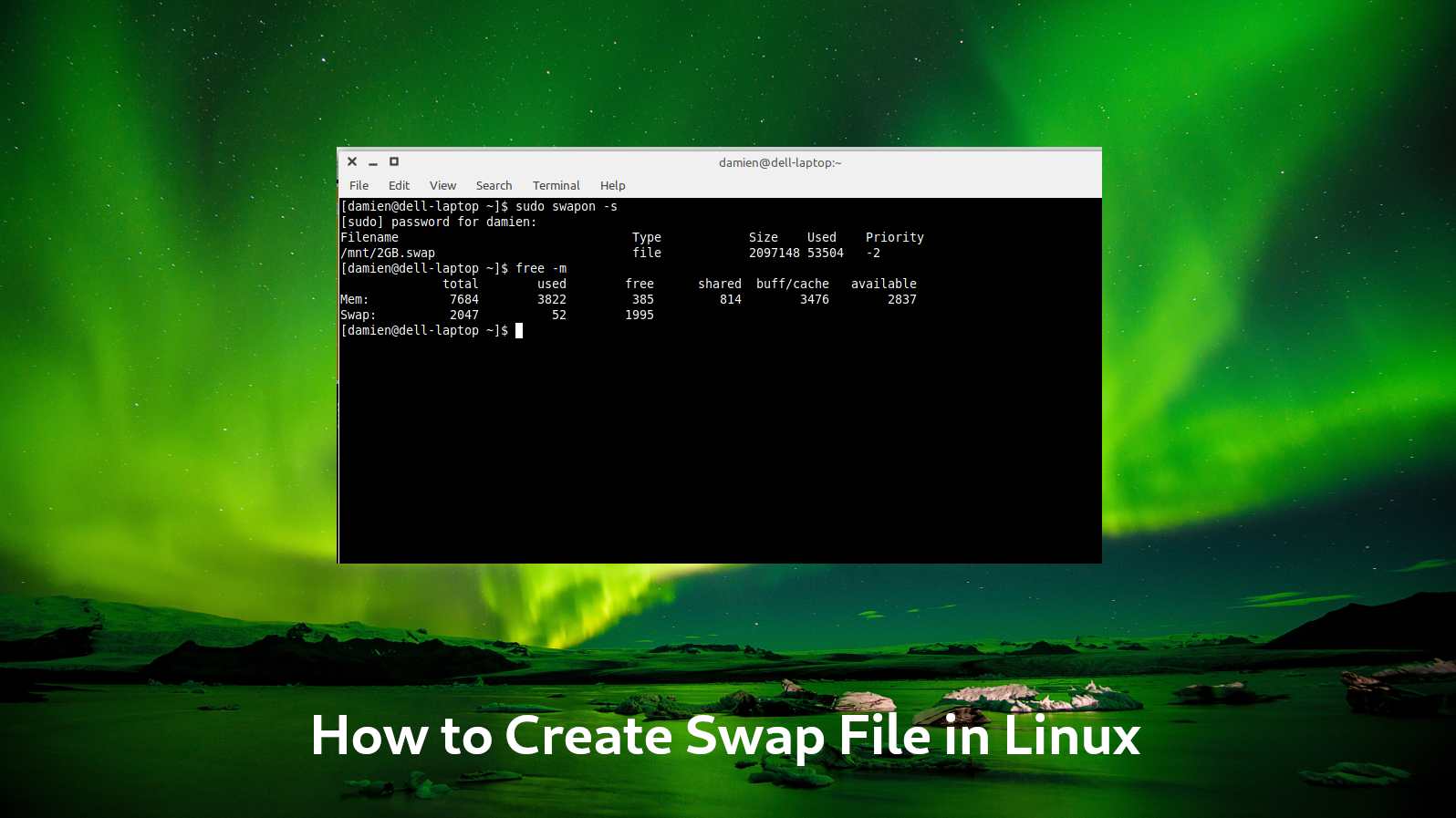 In computers with 4GB or less of RAM, it is often advised to have a dedicated swap partition that is of the same size as the RAM in the system. So for a 4GB computer, it is good to a swap partition of 4GB.

However, the computers nowadays come with more RAM than required, and swapping does not occur as frequent. As such, it is a waste to setup a dedicated swap partition that is not doing anything. A swap file is a better choice in this case.

What is a Swap File?

Same as the swap partition, a swap file is a swap that exists in the form of a file, rather than a partition. The good thing about a swap file is that it can be added/removed easily and there is no need to worry about the partition size as it can be expanded/shrunk as you wish.

How to Create a Swap File

It is easy to create a swap file in Linux.

1. Open a terminal. To create a swap file of 2GB, type the following:

Alternatively, if the above command fails, use this command instead:

2. Next, format the swap file:

That’s it. To check if the swap file is working:

To mount the swap file on boot up, first open up the “/etc/fstab” file:

And add this line to the end of the file:

Save and exit the file.

The higher the value, the more likely the swap file will be used. In ideal case, you won’t want the swappiness value to be too high.

To change the swappiness value, open the file “/etc/sysctl.conf”

and add the swappiness value in it:

Save and exit the file.

If you need to remove the swap file, do it in the reverse order:

1. Remove the swap entry from the “/etc/fstab” file.

Unless you are still using a old computer with less than 4GB of RAM, it is better to use a swap file than a dedicated swap partition, as it is easier to create and manage.

Scroll back to top